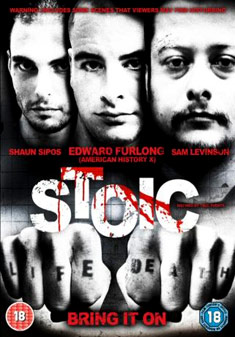 Uwe Boll directs this brutal prison drama starring Edward Furlong and Sam Levinson. When four inmates at a detention centre bet on a poker game, events escalate after the loser refuses to carry out the agreed forfeit. The other three gang up on him and subject him to a grim sequence of humiliation, torture, rape and mutilation, culminating in the man’s suicide. The three perpetrators then take drastic measures to cover up their crime.

EXTRA: The Making of Stoic;
Alternate Openings Featurette;
Behind The Scenes;
Deleted Scenes