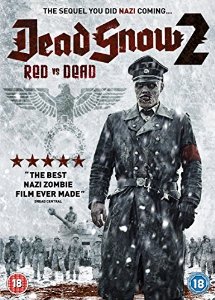 Having crashed his car after fleeing the ski lodge where his friends were all brutally murdered by a battalion of Nazi zombies, Martin wakes up in hospital attempting to convince the police that he is not the one who killed them. Little do they know, the undead fascists are very much still living and on their way down the mountain to carry out their final orders of wiping out a nearby town and everyone in it. With time running out it s up to Martin and his new American allies to save the town from zombie-annihilation and defeat them once and for all.