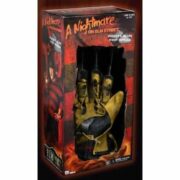 Based on hundreds of screen and behind the scenes photographs, this is the ultimate Freddy Krueger Glove from Wes Craven’s A Nightmare on Elm Street 2: Freddy’s Revenge. Every detail of the glove worn by Freddy, as played by the incredible Robert Englund is present in this glove.

The glove measures approximately 14.5″ L x 4.5″ W. The armature is made in copper, the blades are made in Stainless Steel and the glove itself is made from the highest quality leather. 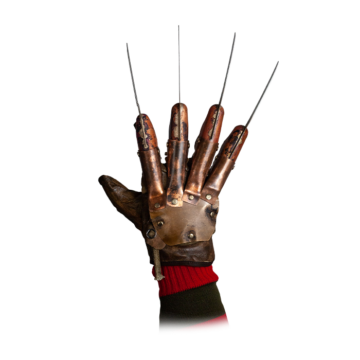