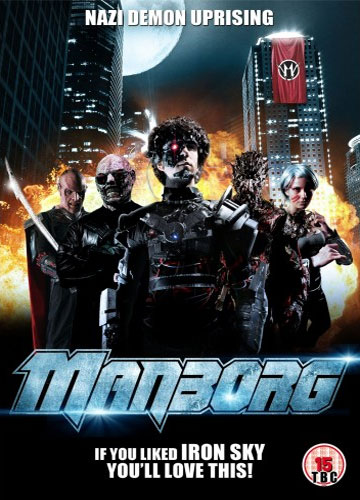 It is the future and Nazi demons led by the nefarious Count Draculon and his minions rise from the bowels of Hell and take over the planet. A ragtag group of rebels is fighting back but their rebellion is effectively crushed, leaving nothing but scorched earth on which the Hellions plan to build their new world. After a personal confrontation with the Count, a soldier is blasted into oblivion only to awake in the dark future to find most of his body replaced with cybernetic enhancements. A mysterious inventor has turned his bloodied remains into Manborg, cyborg of destruction.

A must own DVD for fans of Robocop, Cyborg (and any other early Albert Pyun effort), Terminator, Total Recall Judge Dredd and the recent b-movie sensation Iron Sky.